What’s Trending? How Viral Marketing Can Help You To Be Found Online

What’s Trending? How Viral Marketing Can Help You To Be Found Online 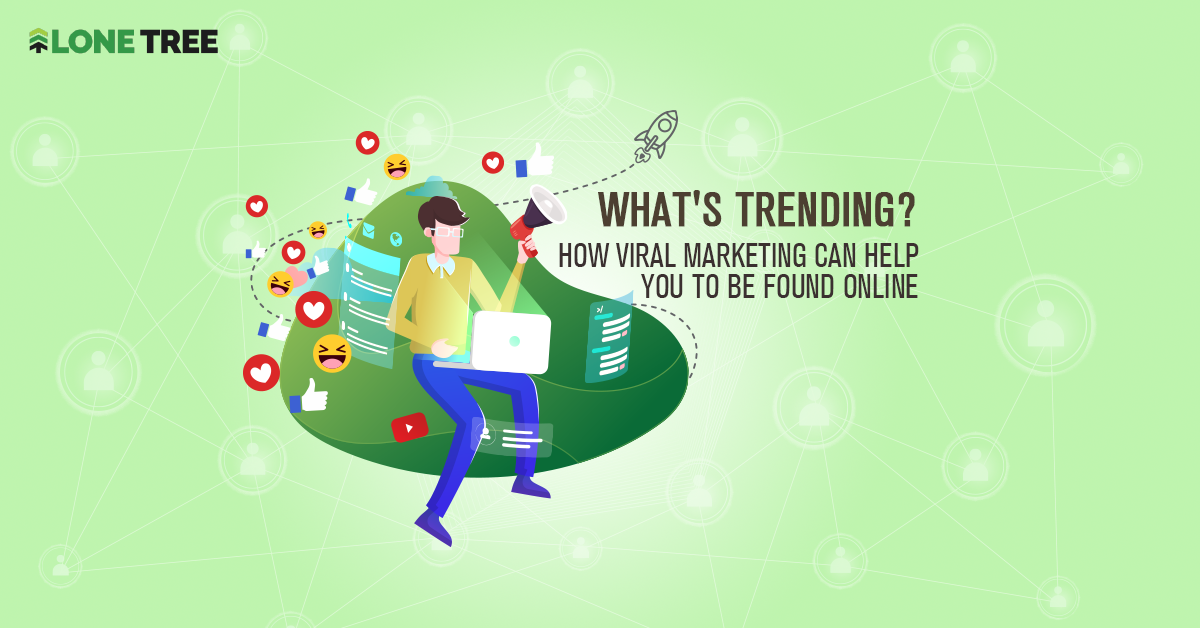 What is Viral Marketing?

It’s in the name – viral marketing is like a virus. It includes tactics or strategies that you use to generate interest in your brand through a message that spreads like an infectious virus. In today’s connected world, nothing helps you to increase your reach like social media does. After all, it’s all in the tweets, hashtags, comments, likes and shares.

Of course, not everything goes viral.

According to a New York Times study, sharing is all about relationships. People primarily share content for the following reasons: 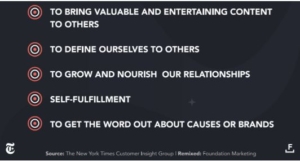 What’s more is that emotions also drive the success or failure of viral marketing. In fact, another study shows that when combined with other emotions, surprise is the most influential element of viral content. Check out this commercial of Fiat, for instance.

This list is followed by emotions such as joy and empathy. If you’re looking for some funny viral marketing campaigns, there’s probably no other brand that does it better than Doritos. Meanwhile, with its emotional appeal, Nike has been winning the viral marketing game ever since we can remember.

Now, you might stop and think: “How are these brands killing it?”

Your Viral Marketing Campaign: From A to Z

When it comes to viral marketing, the first thing you need to do is know what’s viral at the moment. If we had to pick the #1 trend of 2019, it has to be the Bottle Cap Challenge – and oh boy, brands kicked in hard.

However, riding on the same boat as a trend isn’t enough to help you with viral marketing.

One of the best ways to do so is by using Google Trends. As an analytical tool, it shows you hot topics (essentially keywords) that people are searching for in Google. By entering some keywords related to your brand, you can look at the type of content that’s currently #trending.

Cook up a new dough

Based on your analysis, you’ll be able to get a rough idea about the type of content and dissemination channel of your viral marketing campaign. Don’t make your content too ‘salesy’, i.e. with repeated iterations of your product, logo, or slogan. Remember that your audience will share the content that they want to share, something that brings value to their circle. 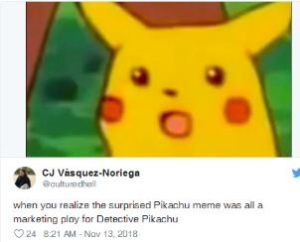 On the contrary, you can also drop a viral marketing ‘ploy’, something as subtle as a meme. Take the movie Detective Pikachu, for instance. Remember the ‘surprised Pikachu’ meme? The simultaneous popularity of the meme and the movie made people believe that it was all a marketing tactic to promote the movie. You see, though short in life, trends can put your brand on the limelight, and make your brand go viral.

So, when creating a viral marketing campaign, don’t hesitate to refer to your research to see what elements create the best viral content for your brand.

Imagine what it’d be like if medicine was simply launched in the market without a pre-test. The thought itself is terrifying, isn’t it? Your viral marketing campaign may not have severe consequences similar to those of an untested medicine, but it certainly requires a pre-launch promotion. Why? It ensures that your viral marketing campaign succeeds.

You see, every viral content is trending because there’s a buzz. Doing a pre-launch promotion of your viral marketing campaign could mean starting an online conversation to build up some hype. You could ask your friends and colleagues to kickstart it or pitch it to an affiliate or related companies to get going. What’s more is, you can also start online contests, sweepstakes, free trials, beta-testing with influencers, or launching teasers.

Consider Coca-Cola’s “Jigri Pack” campaign. Before the release of the actual commercial, Coke had influencers create some hype with the #MeroJigriKhoi, which included short Instagram videos of them searching for a ‘jigri’. This was followed by another short video that built some more anticipation. Sure, there was a lot of controversy regarding this viral marketing campaign –  which only had more people talking about it.

Sometimes, your viral marketing tactics may fail even if you have the perfect content, use the perfect channel, or latch onto some viral trend. Why? The key term is engagement. If your audience isn’t interested in indulging in your content, then your efforts to rise to the top charts may fall short. A viral marketing campaign is about engaging your audience with each other, not just your brand.

A surprising example can be made of Tesla’s Cybertruck. When it was first unveiled in 2019, the truck failed its window test – which, along with its sharp geometric shape – inspired many memes online. Moreover, #Cybertruck became the biggest trend on Twitter globally. Many speculate that this awkward mishap had been orchestrated to go viral. After all, this little stunt racked up more than 200,000 pre-orders for Cybertruck.

The point is: Engage your audience.

A majority of the online platforms have an algorithm that determines the type of content that is marked as trending, popular, or viral content. This algorithm often looks for the degree of engagement in a content in relation to the time that piece of content was published or in a specific timeframe.

Sure, your viral marketing campaign can put you on the map, but if it doesn’t achieve its main objective, it’s essentially a failure. Take the controversial Pepsi ad, for instance. Inspired by the Black Lives Matter movement, this viral marketing campaign meant to equate Pepsi as a culturally unifying force. And oh boy, it backfired. In the end, Pepsi had to pull the ad and issue a public apology.

To understand what’s working and what’s not, it’s important that you keep track of your viral marketing campaign’s progress. This includes success metrics and Key Performance Indicators (KPIs) like engagement rates, conversion rates, reach, among others, depending on the channel you’re using. Tracking these figures can help you readjust your activities in real-time so that you can optimize your efforts.

At Lone Tree Marketing, we help you to grow online. We build real-time reports, forging close ties with media, and presaging new and upcoming trends that allow us to spot opportunities and create effective viral marketing campaigns. Quality is of paramount importance; we understand the different avenues of digital marketing in Nepal and also know how to bring it all together.

Don’t hesitate to connect with us!